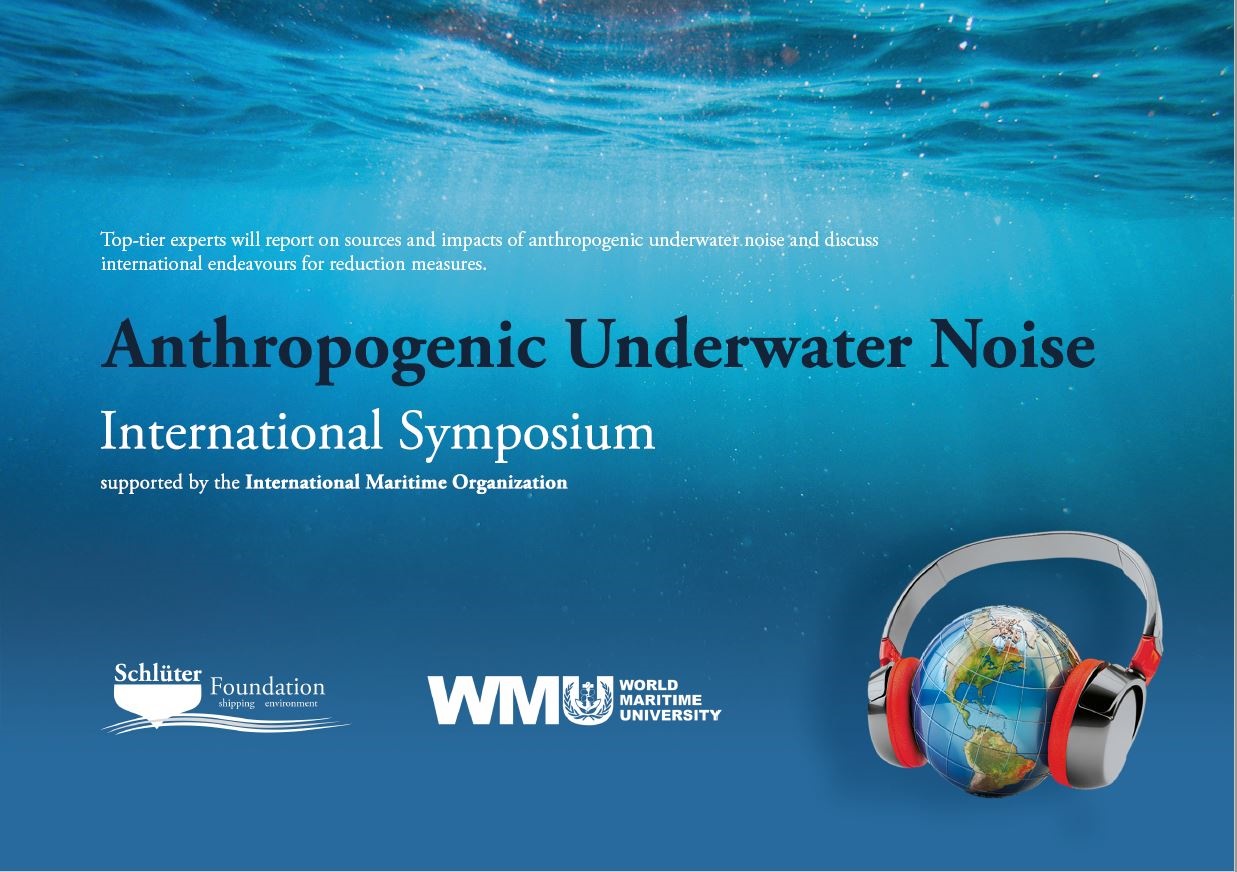 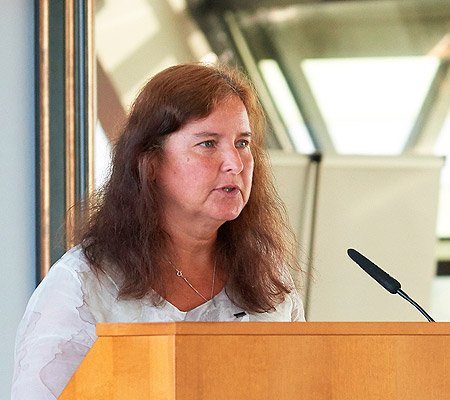 The Impact of Human-Caused Ocean Noise on Marine Animals

Most marine animals use sound for most or all of their vital functions.  Noise impacts have been documented in at least 130 marine species. This presentation identifies and explains the various impacts on marine mammal, fish and invertebrate species and makes clear that once the population biology and ecology are impacted, it is clear fisheries and even food security for humans are also affected.

Experiences from the North-East Atlantic

Countries in the North-East Atlantic coordinate marine environmental policy through the OSPAR Convention. Since 2015, OSPAR has been monitoring sources of anthropogenic impulsive sound in its waters via a regional noise registry. This reporting system is the first initiative to monitor impulsive noise at an international scale, and forms the basis of the OSPAR Common Indicator for anthropogenic impulsive sound. Data from the first three years of monitoring will be presented, and patterns of activity linked to wider trends in relevant industries (e.g. oil and gas, offshore wind). Ongoing work to establish an indicator for the impact of impulsive noise on key species will also be described. To monitor underwater noise pollution from shipping, two international joint monitoring projects are underway within the OSPAR area: JONAS and JOMOPANS. These projects will lay the foundation of an OSPAR-wide monitoring programme for continuous anthropogenic noise pollution. 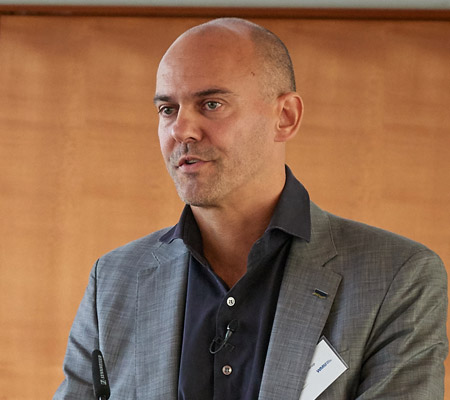 The Mediterranean Sea has disproportionate importance as a major reservoir of marine and coastal biodiversity, containing 28% endemic species and representing 7.5% of the world’s marine fauna, and 18% of its marine flora. But also the Mediterranean Region is also home to 480 million people which human activities pose severe pressure on the marine wildlife and their habitat.

Besides other causes of individual and cumulative impacts to all marine wildlife in the region, ocean noise is a core threat marine wildlife faces in the oceans today. It has been recognized by the EU’s Marine Strategy Framework Directive as one of the 11 descriptors agreed which the Member States have committed to address and manage to reach a „Good Environmental Status“ (GES) for the region.

This presentation explores recent examples of noise generating activities in the Mediterranean Sea of concern and subsequent consequences and challenges, both in the political arena and from a management perspective. Noting that ocean noise is a transboundary pollutant with adverse impacts on wildlife across boundaries, it poses specific challenges surrounding the management of marine protected areas as well as how national authorities engage in appropriate consultation and assessment processes of individual projects with neighbouring States.  A brief reality check will look into decisions adopted by Range States within international and regional Agreements and how they are applied in practise, concluding with the identification of the core challenges ahead. 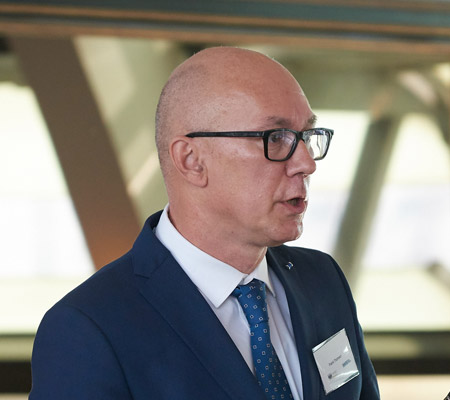 Marine industries such as shipping, oil and gas exploration, renewables, construction and dredging emit noise into the marine environment. This noise can affect marine life in several ways. Industry can – and in many cases, this is already taking place – play an active role in protecting marine life.

For example, industry plays a role in disseminating information on anthropogenic underwater noise and guideline documents via sectoral or even cross-sectoral associations. Examples are the CEDA position paper ‘Underwater Sound in Relation to dredging’ (2011) and its successor the WODA Technical Guidance on Underwater Sound in Relation to Dredging (2013). Both papers were compiled by Expert Groups comprising biologists, acousticians and industry practitioners and are  introduced within this presentation. 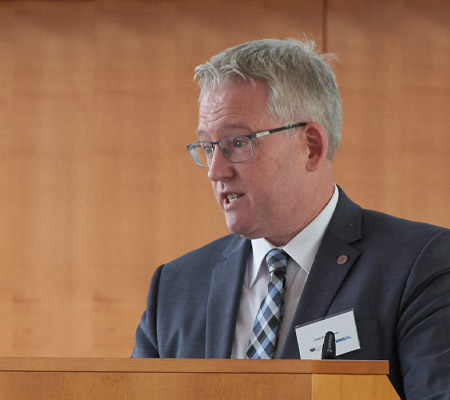 Anthropogenic underwater noise produced by ships influences the maritime environment. The amount is depending on the number of ships, their distribution, the underwater propagation conditions and, in particular, the radiated ship noise. In comparison with merchant ships Navy ships have different requirements, especially in regard of their acoustic underwater signature.  The bottom line is that Navy ships are in general (noticeably) quieter than merchant ships. This presentation introduces sources of ship noise, gives examples of loud and quiet ships and presents measures to reduce the radiated noise of a ship. Some measures may be also applicable to merchant ship designs. 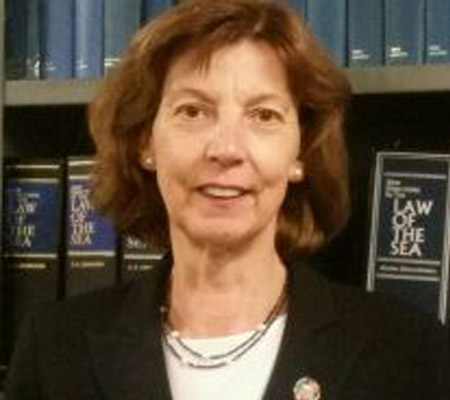 Gabriele Goettsche-Wanli, Director, Division for Ocean Affairs and the Law of the Sea (DOALOS)

The implications of these developments for the application of the provisions of the 1982 United Nations Convention for the Law of the Sea are  also  briefly addressed. 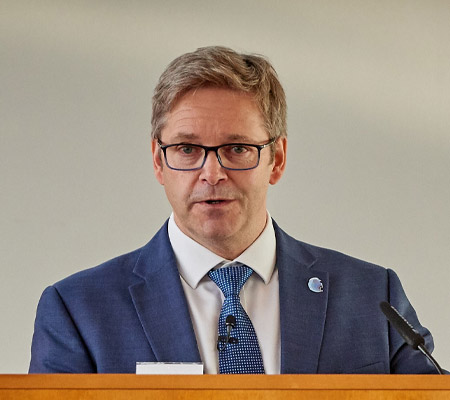 The International Maritime Organization (IMO) is a specialized agency of the United Nations responsible for setting international regulations for safe, secure, clean and efficient shipping.  Underwater noise and its impact on the marine environment is not covered by IMO regulation, however, in 2004, in response to the growing body of research that was emerging on the issue, IMO’s Marine Environment Protection Committee (MEPC) commenced discussions on the harmful impacts of underwater noise from ships on marine life.

In 2008, MEPC agreed to initiate the development of non-mandatory technical guidelines recognizing that underwater noise associated with shipping was an issue that could be mitigated and addressing concerns about its short and long-term negative impacts on marine life, especially marine mammals.

In 2014, MEPC approved Guidelines for the Reduction of Underwater Noise from Commercial Shipping to Address Adverse Impacts on Marine Life. Since the guidelines were adopted research and understanding of underwater noise emitted from commercial ships has increased and some IMO Member States are looking to prepare a new work output proposal to MEPC which will aim to address the identified policy needs related to underwater vessel noise.

The issue of underwater noise and its effects on marine life is also taken into account through IMO adopted “Particularly Sensitive Sea Areas” (PSSAs). Through the establishment of these areas, specific measures to protect the environment are applied to international shipping. 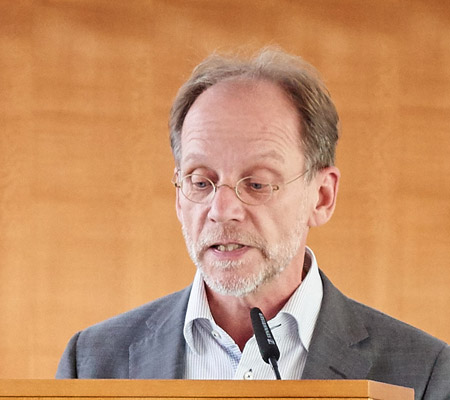 Further cooperation between European Union member states is being achieved through the ‘Common Implementation Strategy’, and there exist dedicated working groups on methodology, data and information exchange. Emerging topics like marine litter and underwater noise have been addressed in dedicated groups.

Member states working together have made progress in implementation of monitoring of underwater sound, which was started in international joint monitoring programmes, and not at the national scale – this is relevant as neither underwater sound nor marine fauna respect national boundaries.

For impulsive noise understanding of the effects improved significantly, and measures have been defined in many member states, but international target setting for continuous noise needs further steps in conjunction with continued international cooperation. 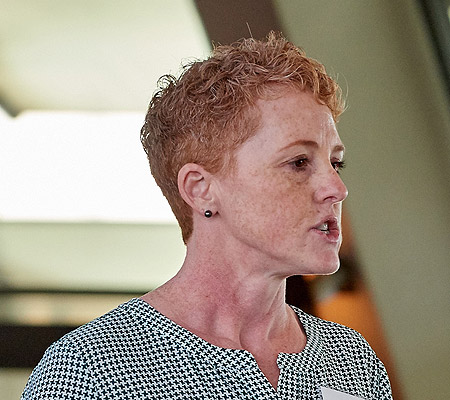 Underwater vessel noise can negatively impact marine ecosystems. Since 2014, the Vancouver Fraser Port Authority-led Enhancing Cetacean Habitat and Observation (ECHO) Program, the Government of Canada and regional stakeholders have been working together to reduce the impacts of shipping noise and physical disturbance on marine ecosystems, specifically the endangered Southern Resident killer whales on the west coast of Canada.

Canada has undertaken numerous collaborative research initiatives to better understand and manage the cumulative effects of shipping activities on endangered whales in the region. This presentationprovides an overview of the ECHO Program and research which has led to the Vancouver Fraser Port Authority expanding their environmental incentive program. In addition, the presentation highlights Government of Canada initiatives to develop and implement additional measures, advance work on quiet ship design and technologies, and international engagement to reduce underwater noise for marine ecosystems in Canada and abroad. 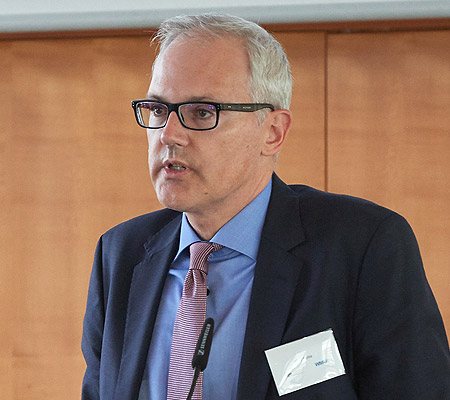 The Federal Maritime and Hydrographic Agency in Hamburg and Rostock is the central maritime service provider in Germany with several tasks regarding shipping, nautical hydrography, marine science as well as installations at sea. The presentation provides information how BSH as a public agency deals with the emerging issue of underwater noise. BSH is operating for several years a marine monitoring network (MARNET) which generates oceanographic data. This existing infrastructure offers unique possibilities as it could play a significant role with regard to monitoring underwater noise in the future. Besides, BSH takes part actively in the INTERREG project Joint Monitoring Programme for Ambient Noise in the North Sea (JOMOPANS). The main goals and first results will be presented. Another important task of BSH is the licensing of offshore windfarms in the Exclusive Economic Zone and the observation of construction and operation with regard to effects on the marine environment. How BSH is addressing as an administration the protection of marine mammals, which rules for noise reduction apply and how measures are taken will be explained. 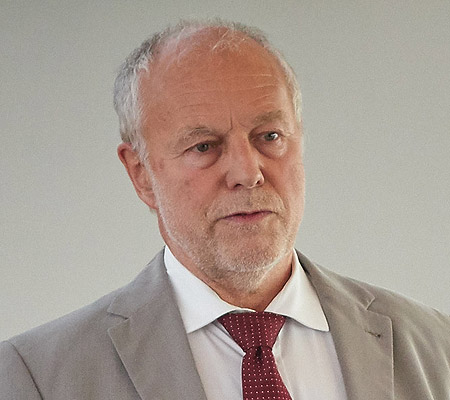 Underwater Noise from the Perspective of a Classification Society

The main purpose of a classification society is to safeguard life, property and the environment which involves a broad range of topics. In DNV GL ship noise and vibration have been treated in various ways for more than 70 years, underwater noise has been considered the last 50 years. As a classification society DNV GL  can influence and verify rules and regulations, can issue voluntary requirements to help the shipping society to treat these topics in a realistic and practical way, can act as advisors to help control noise and vibration levels and is able to build important experience in the field through verification measurements and research.

The presentation explains the background for the SILENT notations, and briefly explains the main noise mechanisms and important considerations in controlling the noise radiation from ships in order to attain the different notations.